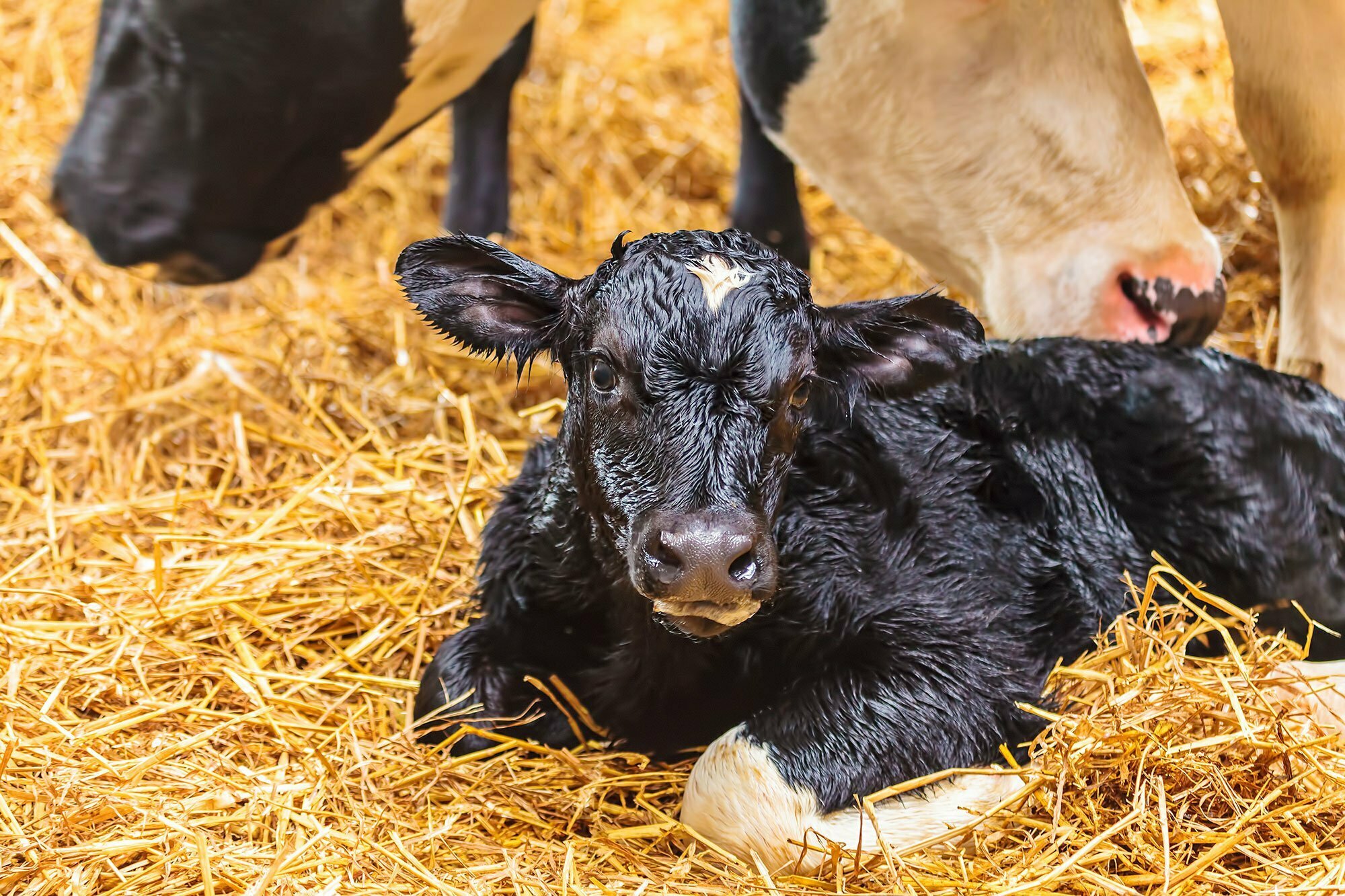 Carotenoids from plants are the primary source of provitamin A – a provitamin is a substance that the body converts to a vitamin.  Beta-carotene is the most common, and well-known, of these carotenoids – other examples are alpha-carotene and beta-cryptoxanthin.

Along with vitamin E, beta-carotene is considered an antioxidant.  Dietary antioxidants can reduce the effects of oxidative stress that lead to fertility and performance issues, in the modern dairy cow.

A study published by Animal, the international journal of animal biosciences, showed that of 2,467 dairy cows from 127 dairy farms in Europe, 78% of very-early lactation cows were deficient in beta-carotene, and 97% were deficient in vitamin E.  Very-early lactation was considered the period from calving to 15 days-in-milk (DIM).  At all stages of lactation, vitamin E and beta-carotene were found to be deficient in 75% and 44% of cows, respectively.  A highlight of this study is the diversity of the farms involved.  It included grazing herds in Belgium, high yielding Dutch herds, TMR-fed German herds and herds in Iberia that are subject to a hotter climate and a different forage mix.

Why are vitamins A and E, and Beta-carotene levels in cattle important?

If the blood concentration of vitamin E falls below 3.0mg/l, at calving – the minimum level recommended – then the animal is 9.4 times more likely to suffer from clinical mastitis.

Furthermore, Beta-carotene acts as an anti-oxidant for oocyte cells, while vitamin A has an effect on follicle development.  Beta-carotene blood concentration levels above 3.5mg/l decreases calving to ovulation interval.  In the dry period, average dairy cows from the study showed an average concentration level of 4.29mg/l.  However, this fell to 2.71mg/l, post-calving, with a low of 0.3mg/l recorded in Germany.  It should be noted, though, that this recovered quickly due to the German farms being mostly TMR herds where it is easier to add some form of supplementation.

Four weeks around calving is a critical period to maintain vitamin E and beta-carotene levels in cattle because of:

From the studies we know that, for beta-carotene:

It is only from 120 days-in-milk onwards that 78% of cows have sufficient levels – a time when the dairy cow should already be back in calf.

Poor forages which are a particular issue in hotter, drier climates such as Spain, had much lower levels of beta-carotene and that was reflected in the cow’s status too. This principle can be applied to poor quality forages in the UK generally, but even more so if longer periods of drier weather are experienced in the summer months such as happened in 2018.

Recommended levels of beta-carotene in cattle

The NRC makes no specific requirement for beta-carotene, but it is recommended that there is supplementation around calving and periods of increased immune response.  It is especially important in diets with low levels of forage.  A recommended supplementation of 300mg/cow/day of beta-carotene (Calsamiglia and Rodriguez, 2012) was not met in 96% of cows, though.

What does it take to increase the blood concentration levels of vitamin E and beta-carotene?

It has been shown that to increase the blood concentration by 1.88 and 1.33 mg/l, would take a supplementation of 1000mg of vitamin E and beta-carotene, respectively.

Dehydrated lucerne, from Dengie, contains 100 mg/kg of beta-carotene and 120mg/kg of vitamin E.  Therefore, to reach the recommendation of 300 mg/cow/day of beta-carotene, we would require 3kg to be fed.  This, in turn, would increase blood concentration levels by 0.4 mg/l.  In the post-calving scenario, this would be a 15% increase in blood concentration levels.  It would also contribute one third of the daily vitamin E requirement.  Although the beta-carotene content of forage varies greatly due to numerous factors, green leafy materials such as lucerne contain a lot more beta-carotene than alternatives such as cereals. This study provides the rationale for the inclusion of lucerne in the rations of dairy cows at key times for those kept at pasture, but more routinely for those off grass or on predominantly cereal based rations.